So this weekend I found out there was a half priced books store near my parents house. I originally went there to look at cheap books about Chinese economy and partical physics but saw a huge manga selection. I’m sorry… I couldn’t control myself! Here are the volumes I picked up.

A. I. love you, from the author that brought you Love Hina. This story is about Hitoshi Kobe, not the brightest student in the world but he has an uncanny ability at creating artificial intelligence on his computer. A. I. number thirty is his favorite and the only girl he can talk to. One night, during a heavy thunder storm lightning strikes his house and his computer. This causes number thirty to emerge from the computer into real life. Sending his life into a new direction. I got the first 4 volumes, there are 9 in the series. This series ran from 1994 to 1997. MAL Link

Alive: the final evolution was written by Tadashi Kawashima and art by Adachitoka. Taisuke Kanou, 16 years old and has two close friends. During one class he is struck with a sudden vision of the universe. We find out later that a strange virus, that’s making its way across the globe, is causing its victims to commit suicide. Within a week, a majority of the population has killed themselves. Leaving this group of high schoolers wondering why they were spared. I got volumes 1-3 and volume 7. There are 21 volumes in this series and was published between the years of 2003 to 2010. MAL Link 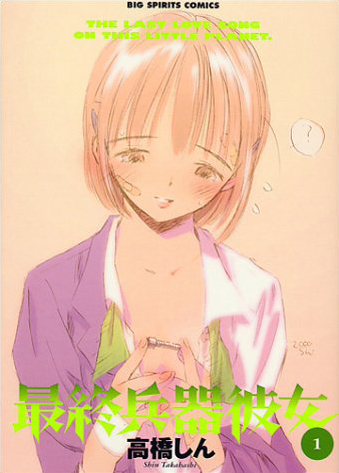 Saikano: the last love song on this little planet with the story and art by Shin Takahashi. Shy Chise and nervous Shuji are high schoolers just starting a relationship together. One day a group of bombers come to destroy the city Chise and Shuji live in. All seems lost until a mysterious person shows up and fights the bombers and destroys them. Later on Shuji finds out the person is Chise and she was developed by the Japanese Self Defense Force to transform into the ultimate weapon. I bought the first 2 volumes, there are 7 volumes in the series and was published between the years of 1999 and 2001. I’m really excited to start reading this one, it looks really good. MAL Link

Translucent, story and art was by Kazuhiro Okamoto, is a story about Shizuka Shiroyama was a rare disease that causes portions of her body to become invisible. This story is a slice of life, romance where you follow the life of Shizuka. Through her life you see her deal with her insecurities of her problem, the boy who is developing a love for her, and dealing with everyday life of a teen girl. I only got the first volume but this series caught my eye and I’m excited to get more of the volumes and read these. There are 5 volumes in this series and was published between the years of 2005 and 2006. MAL Link

Pita-Ten with story and art by Koge-Donbo is about Misha who just moved in next door to Kotarou Higuchi and promises to protect him no matter what. Another slice-of-life, romantic comedy. Misha is an angel who, up until recently, lived in heaven her whole life. Hilarity ensues as this overprotective angel learns the social norms of the human world. Unfortunately I only got the 2nd volume without the first volume. So I won’t be able to start reading this yet. Which sucks, I like the old school cute art, it reminds me a little of Chobits back when I first read that series. There are 8 volumes in the series that were published between the years of 1999 and 2003. MAL Link 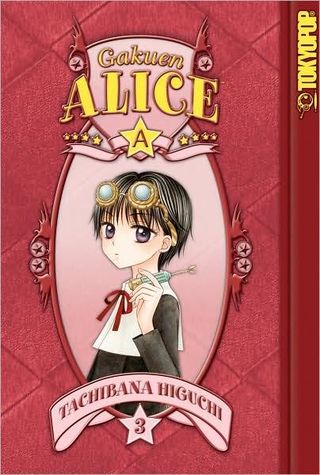 And lastly, Gakuen Alice with story and art by Tachibana Higuchi. Mikan and Hotaru are best friends. Although, Hotaru is… rather special… in a good way. She is given the opportunity to study in Tokyo at a school the government reserves for geniuses. After she breaks her promise to come home for the holidays, Mikan decides to run away from home to see her friend. She learns from a teacher and Hotaru’s mother that this school is not what it shows on the outside. Once she arrives at the school, she soon realizes that this school is for students who possess special powers called “alices.” She eventually is reunited with her friend but also finds herself enrolled in the school. But is Mikan actually an “alice” wielder? or is she like Tsukune from Rosario Vampire? I already have volume 4 of this manga and I picked up volume 3. I don’t have the first two volumes so I can’t read this yet but I’m excited to start reading it. I’m a little bummed though, there are 31 volumes in this series but only the first 16 volumes were translated into english. I guess I’ll need to speed up my Japanese language learning so I can finish this story. This story ran from 2002 to 2013. MAL Link

I hope you all Enjoyed! Have a wonderful day!