“Hello, How may I help you? You want the devil king meal with the 666 sauce on the side? Excellent choice!” Haha so that was my failed attempt at making another bad pun about this story. Anyway, lets get right into the review.

The devil is a part-timer is a light novel written by Satoshi Wagahara with illustrations done by 029 (oniku). This story has a manga adaptation that follows the story well and a spin off where all the characters are in high school. It also has a 13 episode anime that really deserves a 2nd season (but that is a rant for a different time).

We find the story starting with our two main male characters, Sadao Maou (the devil king) and Shiro Ashiya (the great demon general Alciel) complaining about their predicament they are in, financially that is. They are in modern day Japan, living in a severely under-code apartment building, with Sadao in a minimum wage job. What a fall from grace right? Well… they kind of did it to themselves.

They came from the world of Ente Isla where the the Devil King was at war with the humans and the church. It wasn’t really a war, so much as an annihilation of the human race. Then this new hero named Emilia came in and starting slaughtering the devil kings forces, almost killing the devil king in the process. The devil King and the great demon general were forced to flee fearing death if they stayed any longer. The Devil King vowed to return to Ente Isla and wreak havoc upon all those who inhabit it once again.

The two entered a magic portal that spit them out into modern day Japan. Upon entering Japan they were picked up by the cops and brought to the police station. This is where Sadao learns about this world and what they need to do. They learn that in order to take over the world, you need power, power requires work, work brings in money which can also help. So immediately the two rent out a very small apartment and Sadao got a part time job working for MgRonalds. Product placement at its finest.

During one of Sadao’s commutes to work, in the rain, he meets a woman waiting for the rain to let up. Even though he is the devil king, he gives his umbrella to her so she can safely get home without getting soaked. While he is at work we are introduced to another character, chi-chan. The main love interest that, given how dense Sadao is, probably wont go anywhere. Once his shift ends and he is on his way home, he runs into the same woman again. She was watching him while he was at work. Why? because she is… Emilia the hero! Come to slay the wicked devil king with… a crappy knife she bought from the dollar store. Wut? The cops break up the fight pretty fast and tell them to leave their “lovers spat” at home. This sends Emilia over the edge a little. In this world she is called Emi Yusa. She is also in a 16 year old body but lies about her age and says she is 20.

As the story goes on, we are introduced to more characters. Each more funny than the last. This volume has a series of related events that ultimately climax to the main conclusion of the volume. There first is a series of assaults and robberies in Sadao’s area, then an “earthquake” that ended up leveling an underground shopping area, and finally the enemies reveal themselves to the main characters and the final fight begins.

The way the story goes about this is very predictable but actually feels fresh. They take a cliche way of telling the story but break the fourth wall and start making fun of themselves for what they are doing. How you look at it you can find it fresh and funny or annoying and cop out-ish. The characters are funny and completely crazy. Each character is so dead set in the how they do things, it makes for a hilarious story. For example: Emilia hates the devil king, she is so dead set on that that she will go out of her way to mess with him or to get more information on him. Same goes for Sadao and his quest to conquer the world.

I like the way the volume ended for the main reason that it ended on a good note and answered a lot of questions but also ended with the reader wondering what happens next. If this was a stand alone novel, the ending would be pretty good. Aside from the wacky characters and funny story line, the writing is not overly special in any way. As the reader I felt a lack of monologue, there were a lot of jumps to conclusion that I felt were there strictly there for plot convenience and characters that were thrown in just because they could. It felt rather rushed towards the end of the volume.

Even with these faults I thoroughly enjoyed reading this. For some reason I love the reverse new world mashup where instead of a normal human magically transporting into a new magic-style world, the magic wielding character is brought to a world that has virtually no magic. It is funny to read about the adventures and how a simple thing as getting coffee with someone can go badly. 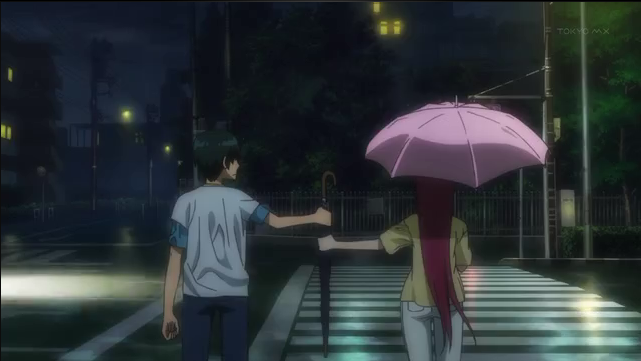 I am excited to continue reading this series and see what happens from here. I give this volume an overall score of 7/10. Also, finding the illustrations online for this volume (that were decent quality) was a difficult thing to do!

I hope you enjoyed! Have a wonderful day!